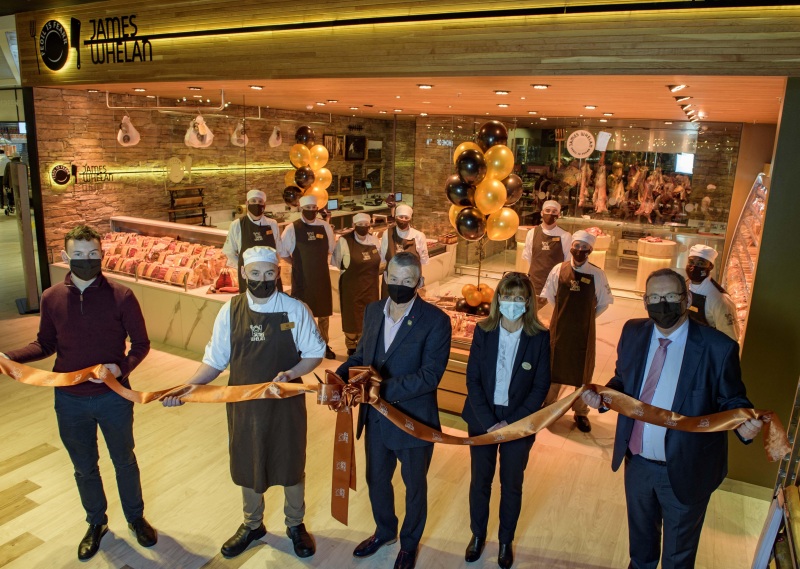 James Whelan Butchers were delighted to open their brand new shop in Tralee on November 4th, creating up to 30 new jobs. The family-run butchers’ newest shop, opening just in time for the Christmas season, is part of the redevelopment of Dunnes Stores, North Circular Road in Tralee which includes a new state of the art Food Hall. This Food Hall will see some of Ireland’s leading artisan food brands coming together under one roof including Kerry based fishmonger, Quinlan’s Fish, innovative and seasonal deli Baxter & Greene and the multi award-winning Sheridans Cheesemongers.

Founded by James and Joan Whelan in Clonmel the business is now under the stewardship of their son, CEO Pat Whelan who is so thrilled to be opening up in Tralee.

Celebrated the launch of the new Tralee shop, Pat stating:
“We are so proud to be opening our new shop in such a vibrant town as Tralee and in a county that is synonymous with great food – as well as being home to the Blas na hEireann Awards. Already the response has been fantastic and we look forward to welcoming customers old and new to our new home in Tralee.”

Dunnes Stores North Circular Road Store Manager, Anne Marie O’Hara, added:
“It’s a very exciting time for Dunnes Stores in Tralee with the introduction of the new state of the art Food Hall. Our team and our customers have been so looking forward to James Whelan Butchers opening up and we know that it will be a great addition to our offering here in North Circular Road and to the town.”

Performing the official opening was a great friend of James Whelan Butchers, Artie Clifford, the Dingle based founder and Chairperson of the Blas na hEireann Awards, which are considered the Oscars of the food industry and take place in Dingle every year. Artie said: “It’s an honour for me to be officially opening the James Whelan Butchers’ Tralee shop today. The business has always been so supportive of our work with the Blas na hEireann Awards and it’s so great to now have one of their shops right on our doorstep in Kerry.” 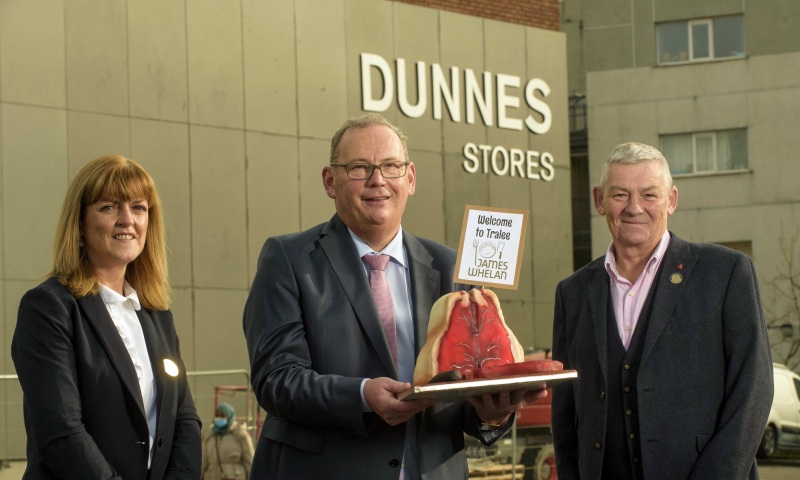